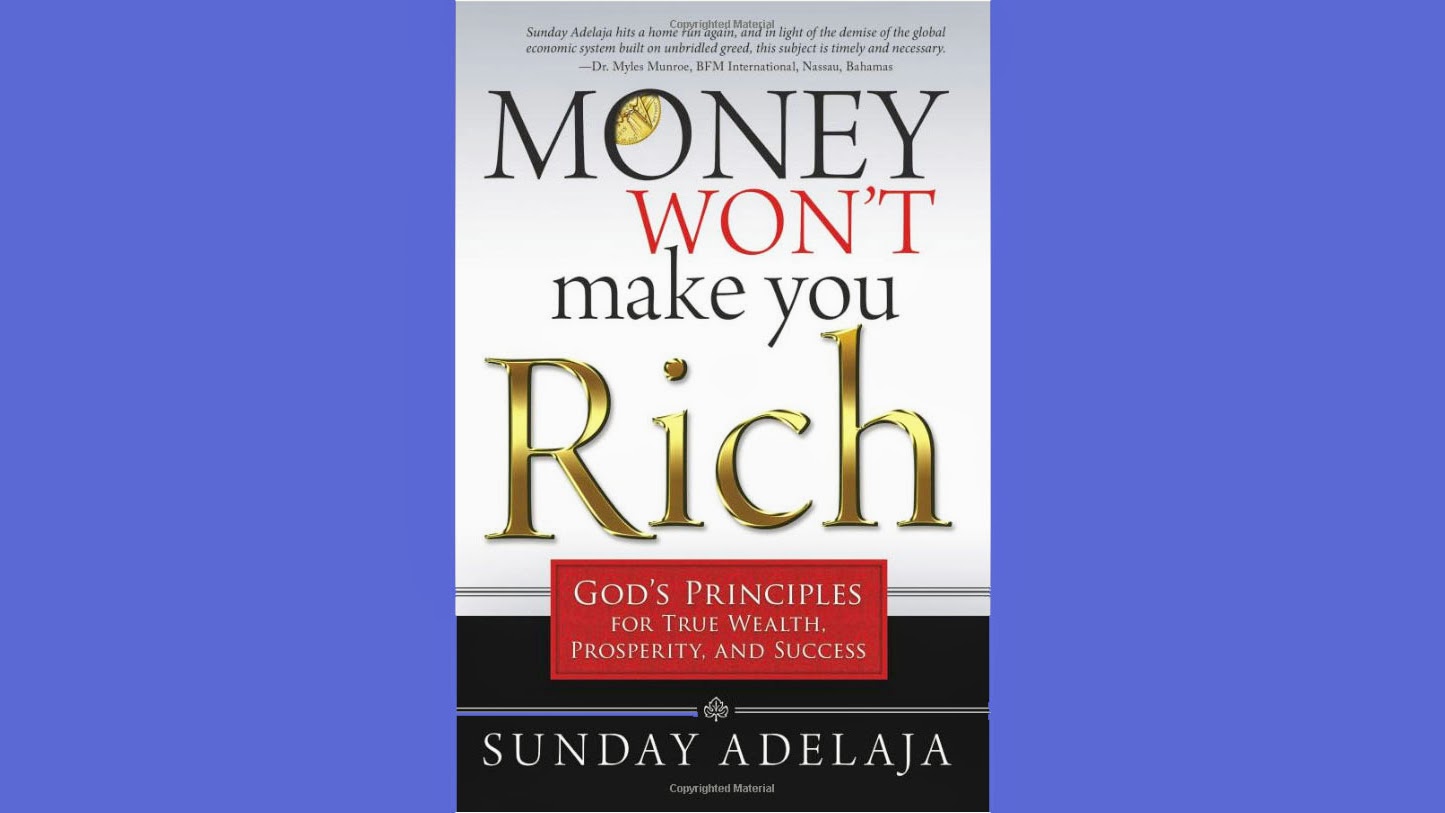 Congratulations, dear friend, for even picking up this book.

Get ready, because your life is about to be drastically transformed!

This book might become one of the major adventures of your life. Money Won’t Make You Rich is one man’s journey of poverty, struggles, studies, money, wealth, and wealth creation principles. This book will surely not leave you where it found you.

You’re about to be mightily enriched and empowered!

I came from true abject poverty in Africa. I didn’t even have a pair of shoes to wear until I was twelve years of age. Our family might have lived on less than a dollar a day, and I never even had or saw a toy of any kind as a child!

Instead, my body still carries the scars of injuries and wounds that I acquired while trying to make a living in the jungles of Africa.

Miraculously, less than forty years later, not only did I make my first million in United States dollars, but also I was amazingly able to do this without being involved in any active business. Because I am a full-time pastor and itinerary speaker, I opted for passive earning, which came by adhering to certain laws and principles of wealth creation.

More incredible is the fact that I was able to make my first million dollars in a short span of only nine months!

In two years I was able to prove the efficiency of these wealth creation principles and reproduced more than two hundred people who now have a capital base of more than a million U.S. dollars each – even though they basically had nothing when I met them. Most of them were those generally referred to as “down-and-outers” – including former drug addicts, petty traders, bandits, and worse.

In the process of taking this journey of wealth creation, both for others and myself, I have come to some critical conclusions I wish to share with you in this book:

What does it mean to be rich?

It is my hope and prayer that this book will spark a movement that will end the gruesome statistics of poverty and lack in our world today.

Money won’t make you rich, because it is not meant to do so.

Money only comes to people who are already rich or wealthy in spirit and soul, so it’s actually not money that makes you rich – you are rich before money even comes your way. Money only responds when these elements are in place, and until such a time, money won’t move in your direction.

Money won’t make you rich, because a man who is poor in spirit is poor altogether, even when he has a lot of money in his pocket. Money without the wealth of the soul is equaled to a compilation of sorrows and regrets. Only God enriches without adding sorrow to it.

Money doesn’t come to good people – because there are millions of good people who aren’t rich.

Money doesn’t even come to churchgoers or Christians. If that were the case, then our churches would be filled with millionaires!

As a matter of fact, money doesn’t necessarily come to businesspeople, as so many are struggling even to make ends meet.

Become set free from the power of money

When people of God are empowered financially, they can easily pursue their God-given ambitions, goals, and purposes. Many people have dreams and aspirations that are not fulfilled because of a lack of money.

Many of God’s projects suffer for the lack of money. I believe this book will help end this dilemma in the lives of many. Money Won’t Make You Rich is not just a book about money, purpose, and poverty, however. This book’s large emphasis is setting people free from the power of money.

Money has a way of possessing people, and only the wise can overcome its influence over the soul. Remember: either you master money or you serve it. Money is a good slave but a bad master. This book will teach you how to come a master over money. You can be truly rich by mastering and walking in the tested laws and principles of wealth creation.

Read on, my friend, and join the army of those who are empowered financially to go and destroy the evil of poverty and mediocrity in our world.

Come, and let’s make history together!

Much grease to your elbow!

Yours in Him,
Pastor Sunday Adelaja
Kyiv, Ukraine